As a subset of Internet of Things (IoT), Industrial IoT covers the domains of machine-to-machine (M2M) and industrial communication technologies for process automation. The ultimate purpose of industrial applications is to automate all manufacturing process without human intervention, such as smart factory, leading to maximizing economic profits. Therefore, IIoT requires wireless networked control technology that guarantees high reliability and low maintenance costs, and network scalability to connects tens of thousands of IoT devices. To satisfy the requirements, we study the following subjects 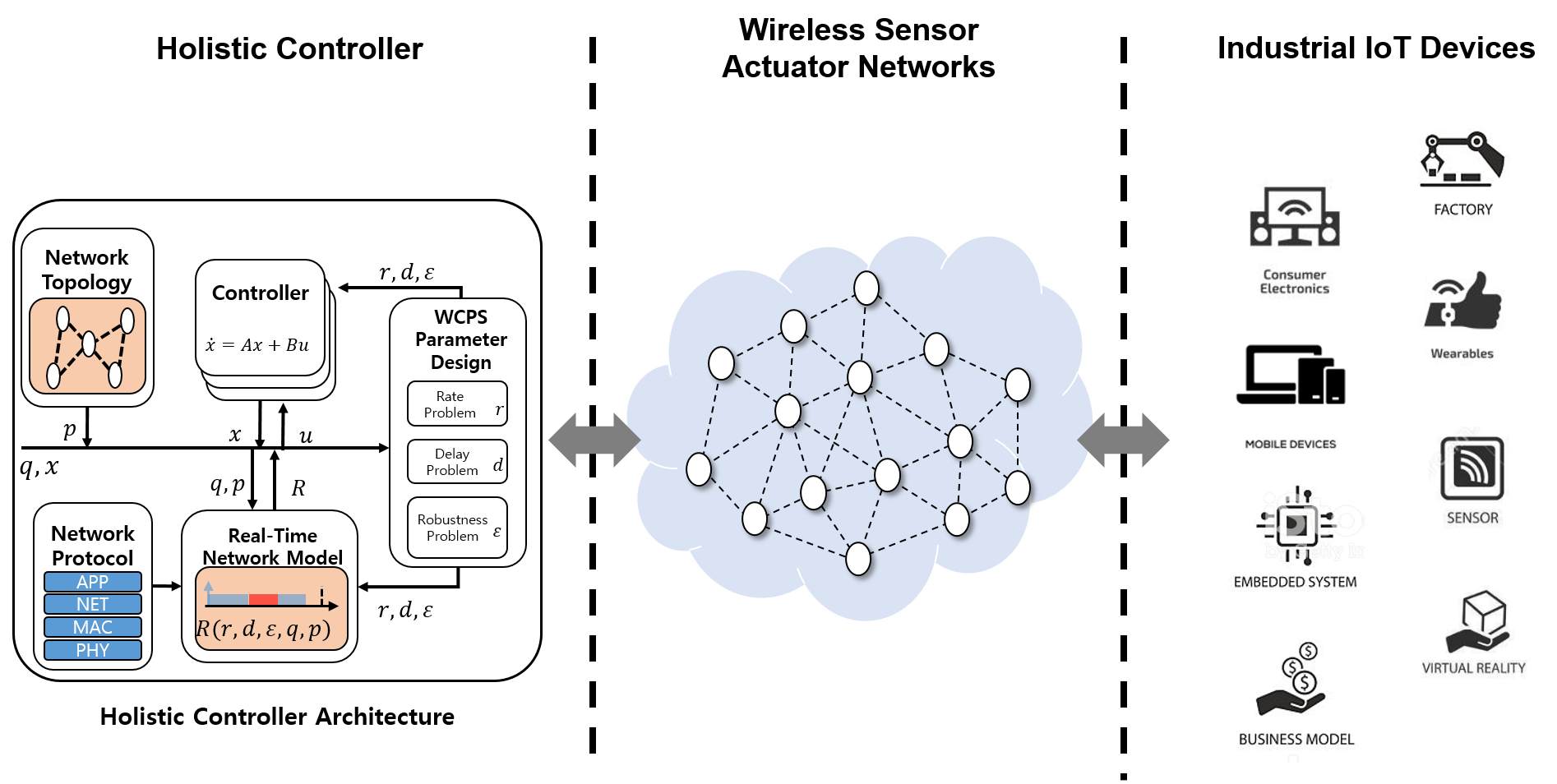 Production system consists of various machines and buffers which is between buffer and buffer. Each machine can be down with a certain probability. Until problem solving, production rate of the line will be reduced. In addition to down events, the capability of buffer between each machine may not handle the output of previous machine, or the too much cycle time difference between couple of machines in series can be causes of reduced productivity. We approximate the productivity of the line statistically based on PSE(Production Systems Engineering) after data collecting and processing. The analysis results are used to optimize the production system.

We are interested in designing reliable, efficient, and adaptive protocols for various application areas under Wireless Sensor-Actuator Networks (WSANs). The adoption of WSANs in industrial control systems enables the construction of flexible infrastructure at low cost. However, it is difficult to meet the strict requirements of the control system in a harsh industrial environment because industrial standard radios have relatively poor specifications. Therefore, it is important to maximize the performance of the control system within the limited network resources of the WSANs. For example, in order to find the optimal route having the highest Packet Delivery Ratio (PDR) in real-time, several additional exploration packets are required, which cause a decrease in control performance. we focus on designing network protocols with reinforcement learning and optimization method and building a testbed to verify the proposed network protocols.

We are currently conducting research on modeling, analysis, and control of networked CPS under uncertainty. We mainly focus on improving reliability and robustness of CPS in a provable manner.

Unmanned CPS performs operations in complex terrain. If some drones are lost during operation, they may result in mission degradation for the entire drone and may not work. So, It needs to recover drone network in unpredictable environment. We are using SDN to solve this problem because SDN can solve these problems by becoming intelligent when there is a network problem. Software Defined Networking (SDN) attempts to centralize network intelligence on a single network component by separating the forwarding process of network packets (data plane) from the routing process (control plane). 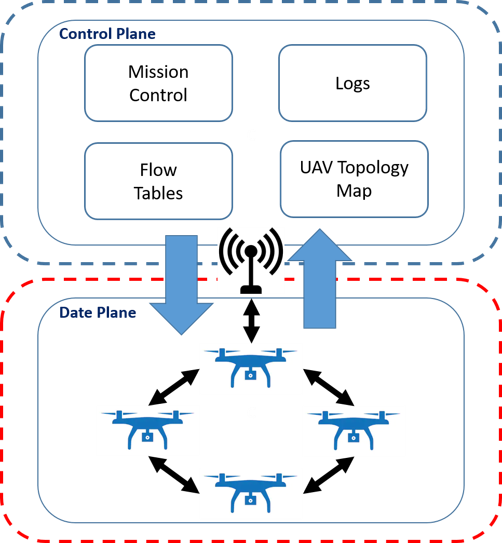 Cyber-physical security of UAVs from a networking perspective

Cyber-Physical System is a system that closely combines real-world and IT. Due to the nature of these systems, damage to cyber attacks leads to physical damage, which is called cyber-physical attacks. To cope with these cyber-physical attacks, we are working on a CPS security framework that provides security against communications and control attacks. To do this, we use the Pixhawk board and ROS to conduct our research. 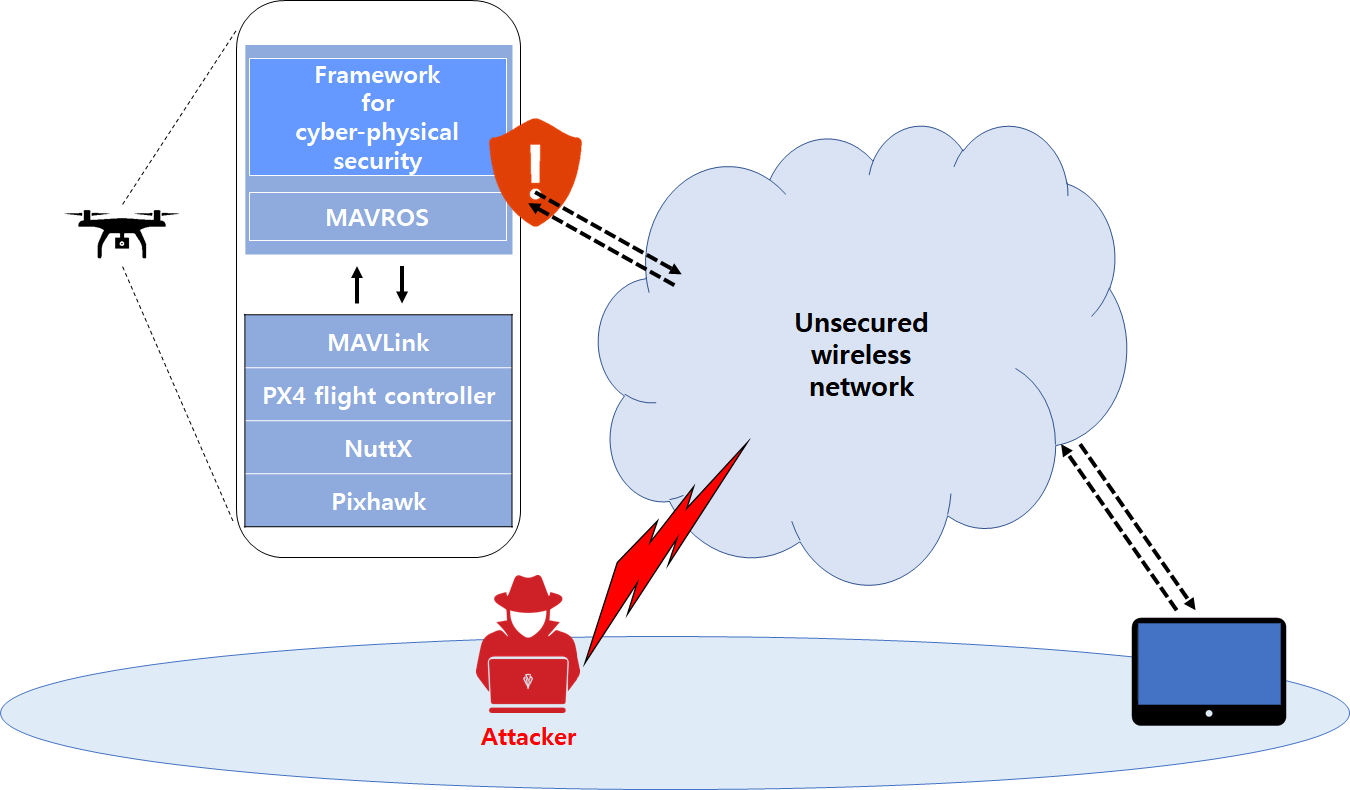 Situation-aware network means the ability to quickly predict and cope with network problems such as unexpected link disruptions or cyber attacks for resource management. Also, It needs a way to adapt the situation quickly and to satisfy QoS requirements according to message importance. To increase timeliness and efficiency, we are researching QoS-guaranteed algorithms in an environment where the urgency or importance of a mission changes dynamically.